“Any data, anywhere, and at any time” -Christine Laney

ESIP is 20 years old! To celebrate, we interviewed ESIP community members about their perspectives on the progress of making Earth science data matter from over the last 20+ years. This is the eighth interview to be released. Check out other interviews in the series here. 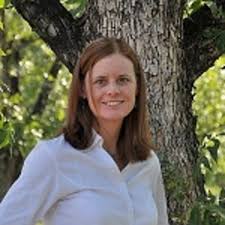 Arika: When and how did you get started working in the field of data and informatics, particularly in regards to Earth Science?

Christine: After I completed my Master’s degree in Biology in 2005, I got a job working with LTER (Long Term Ecological Research Network). I was working in a program called EcoTrends, where there was a realization that there were many LTER and USDA (United States Department of Agriculture) sites that had data going as far back as 100 years. Accessing those datasets and trying to do continental-scale comparisons was really difficult because all of the data were scattered. I think that when the project started, it hadn’t been realized to what extent that was true and how difficult it was.

I spent a couple of years just working with all of the sites, getting their data, and doing aggregations of their data. Then I worked with the LTER office team to build a website that would allow people to access aggregations of the data, and do some very basic comparisons. From there, I was very interested in ecoinformatics, so I learned about metadata, standards, and accessibility to data (while working at LTER until 2010).

Did you work with data during your graduate work as well? Is that why LTER hired you to work with their data?
I did some computational biology during my Master’s degree. But I didn’t even know what metadata was when I started at LTER. However, there weren’t many people trained in ecology, data, and informatics at the time. And, I had some domain knowledge and was interested in working with data, so I was hired.

That was only 13 years ago, so data and informatics for ecology is still maturing. After working at LTER, can you describe more about how you continued to pursue this field?
I went back to school and did a PhD in Environmental Science and Engineering. I was interested in how long-tail data generators were going to fit into the overall landscape of organizations like NEON (National Ecological Observatory Network). What kinds of data were being collected by sensors that were getting cheaper and cheaper? How were they going to be formatted and shared? Whether anyone would be able to integrate all of the data that smaller labs were generating–either with each other or within this greater context of network science.

I did a lot of exploration as to what academic researchers were doing on the field–what were they doing with their data once they had collected it? That was on the sociology side. And, also creating some very specific applications for analyzing sensor data. I explored the whole gamut from data collection all the way to processing and sharing.

In 2015, I started working at NEON in Data Products. In that role, I have been involved with data pipeline generation and leading the development of our data portal. On a big scale of very diverse and large datasets, how do we get that data from the field all the way through processing to public use–meaning students, career scientists, resource managers?

Your doctoral research was focused on the environment around data collected by sensors. When you were planning your research, were you thinking of NEON specifically or other players as well?
I was thinking of NEON, but also of NOAA (National Oceanic and Atmospheric Administration), USGS (United States Geological Survey), and all of those entities that use sensors. NEON was a newcomer among those groups. NEON started construction in 2012, so they were in their planning phase while I was doing my PhD from 2010-2013.

Since you started working in the field of Earth Science data and informatics, what has the political, science, and technology context been like over those years? What may have changed during that time to have affected your career trajectory?
We are always working on the assumption that we are on soft money, and we don’t know how long the funding will last.

We’ve also come to a better understanding that data are really valuable. A lot of new technologies have been developed as a response to try to improve efficiencies in funding dollars, as well as just from the excitement of exploring what is possible.

Do you feel like there is more soft money available now to support data?
I work for an organization that is just going into operations and the operations funding has been planned for quite a while. I have seen other federal agencies that are doing fine, while others are not. Some academic PIs (Principal Investigators) are doing well with funding, and some are starting to struggle. I think that’s due to the landscape of topics regarding what is considered worthwhile to fund. I don’t feel like things are better or worse now today; it’s dynamic and always changing.

Since you began working in Earth Science data and informatics, what are some major milestones that you think have really shifted the field?
Sensors are smaller, cheaper, more reliable, more programmable, smarter. That has made a huge difference. High performance computing has had a lot of progress, as well as becoming cheaper. Cloud services for high performance computing are also more available and accessible. The cost of doing heavy (and more intense) computation work has gone down. Also, there has been some culture shift within the field of ecology toward more open data and software.

Can you describe some of the major challenges and issues that are facing Earth Science data / informatics today?
Funding sustainability is always an issue. Sometimes there is a lack of continuity across projects because funding is short term. Funding is typically looking for innovative ideas, rather than sustaining long-term projects.

Another one is training. The pace of technology sometimes outstrips what the universities are capable of training. There is probably not enough funding in or out of universities to help train students, particularly among underrepresented groups.

Where do you see Earth Science data / informatics going in the near or far future? What do you think is going to happen next?
You can get any data, anywhere, and at any time. I also think that there is going to be a tighter integration between data and traditional knowledge, so you can have this landscape of knowledge going back centuries and to the present. I think about projects that work with people who have been on the land for generations. The projects both help to organize their information and put new information into their hands.

[Disclaimer: Any opinions or recommendations expressed in this interview are those of the interviewee and do not necessarily reflect the views of the National Ecological Observatory Network, or any other organizations listed. This interview also represents an “oral history” (a recollection of history), so its value is in the personal perspectives and insights of the interviewee, rather than specific dates, years, and titles for reference.]