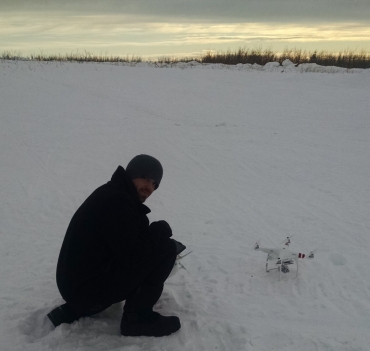 Okay, one more time, while the autopilot calibrates, let's do the math. If I let Jean-Baptiste Joseph Fourier do his magic and destroy my pixel values then I can get JPEGS at a cost of about 5-10 Megabytes each. But here we're doing change detection, so we need the RAW images, that means I'm looking at up to 50 Megabytes per click of the camera. We're taking 10 images per second, and doing 10 flights at 20 minutes per flight. 50 MB * 10 images/second * 60 seconds/min * 20 min/flight * 10 flights = 6,000,000 MB or 6 Terabytes of imagery, and that's just for day one.

I had never thought when going through my physics program at UC Davis that the most useful thing I'd learn would be Fermi Approximations. But there I was, doing quick order-of-magnitude approximations in my head while our quad-copter lifted off into the air to single-handedly create a data management nightmare. I checked the flight path on the autopilot to make sure it was following the grid pattern we had planned. I kept the controls firmly in hand in case the high winds forced us to do a manual landing. The control sticks felt almost indistinguishable from a video game controller but the cold Alaska winds turning my fingers to ice–well, that part was a new feeling. Hello world. My name is Sean Barberie and this is my job.

My work is scattered over several projects but there are two consistent themes: drones and data. One project about which I'm particularly excited starts two weeks from today when I board a flight to New Zealand. There I'll spend three weeks flying drones and collecting and processing imagery of glaciers to prototype new methods in glacial change-detection. I'm also actively working in a multi-agency collaboration to determine how best drones can aid in wildfire emergency response. Lastly, for every minute I spend outdoors doing frontier science, I spend a full day sitting in front of a computer figuring out how to process, store, and visualize the collected data–here is where the ESIP Federation, and the Disaster Cluster in particular have been a huge help and a great source of advice and inspiration. I am thrilled to be continuing on as an ESIP student fellow and I look forward to helping develop new linkages between the worlds of data science, Earth science, and unmanned aircraft.

In my spare time I am involved with Software Carpentry, an organization that teaches workshops in fundamental computer science skills for researchers. I have recently completed instructor training with them and will soon be helping host, teach, and develop content for these workshops.

Drones, data science, natural hazards, wildfires, and glaciers: It's a staggering grab-bag of buzz words, but at the end of the day there's still a lot of work to do.

P.S. Yes, if you were wondering, my introduction was inspired by my recent read of “The Martian” and the author's love for doing math in the middle of the story. 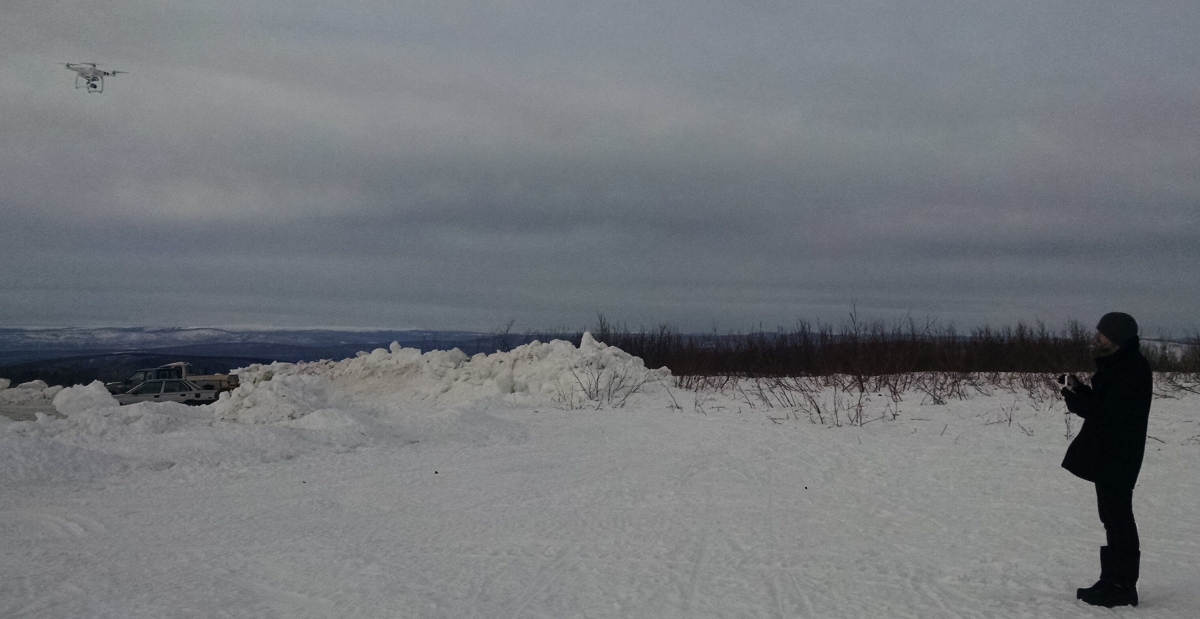