Through the ESIP Lab project, the team worked to refine an optical wave gauging technique to estimate wave height and/or wave period from imagery of coastal waves and nearshore areas. 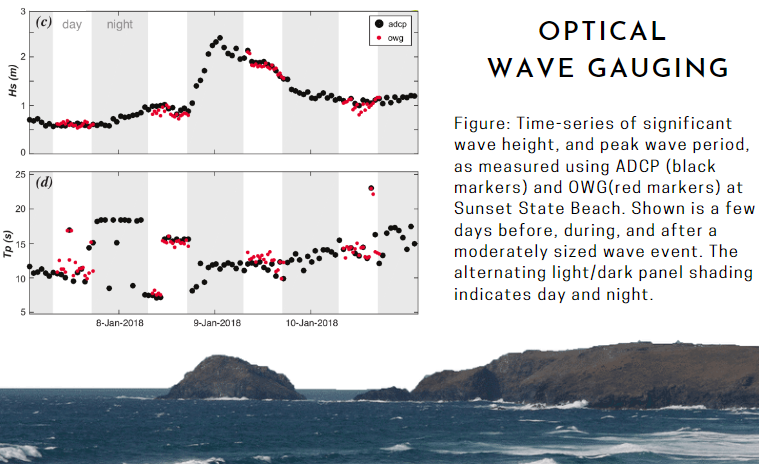 CHECK IT OUT ON GITHUB