Interesting Project: Enhancing access to and use of NASA Earth sciences data

The NASA-supported “Data Rods” project (BIll Teng, PI) has demonstrated an effective solution for bridging the longstanding gap between the way NASA Earth sciences data are typically archived (by time steps, one step per file, often containing multiple variables) and the preferred optimal method for their access by the hydrologic community, particularly if the data volume and/or number of data files are large. Specifically, the NASA Goddard Earth Sciences Data and Information Services Center (GES DISC) and the University of Texas at Austin collaborated to (1) optimally reorganize two large hydrologic data sets, North American and Global Land Data Assimilation Systems (NLDAS and GLDAS, respectively), into time series data (aka “data rods”) and integrate them into a widely used hydrologic community tool, the Consortium of Universities for the Advancement of Hydrologic Science, Inc. (CUAHSI) HydroDesktop and (2) make the reorganized data as widely accessible as possible and present them in a useful way, via the Web and in the form of probability maps, relating current conditions to those of the past. To further enhance the access of NASA data, a new NASA-supported project (Bill Teng, PI) has begun that will make data rods accessible via the GEOSS Portal. 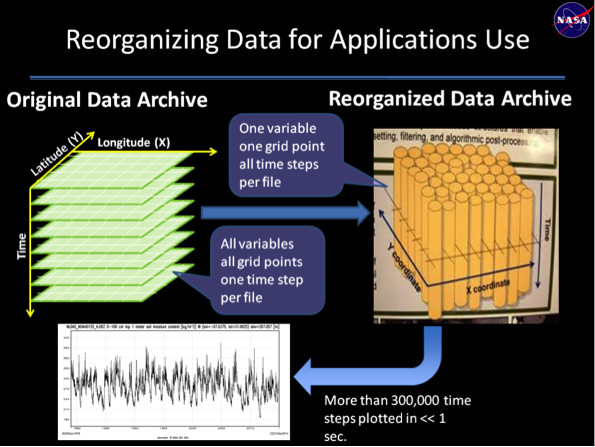 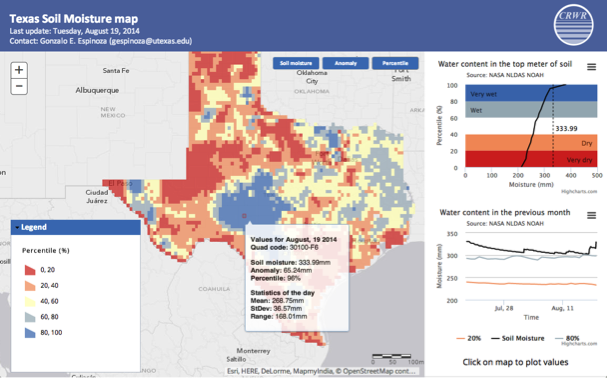 Why we participate in ESIP: