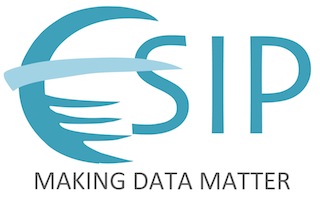 Chuck Meertens is the director of Geodetic Data Services at UNAVCO, a non-profit university-governed consortium that facilitates geoscience research and education using geodesy, the study of Earth’s shape, gravity field and rotation. Chuck studied geophysics at the University of Colorado Boulder, where he helped develop instrumentation for geophysical applications. In a happy coincidence, just as Chuck finished his Ph.D., GPS came along and with it the formation of UNAVCO in 1984. He wrote a successful proposal with Bob Smith (University of Utah) to work with UNAVCO to make the first GPS measurements at Yellowstone National Park and has continued to work at UNAVCO in various roles to this day. We asked Chuck about supporting fieldwork in the geosciences and why UNAVCO participates in the Federation of Earth Science Information Partners (ESIP).

What are some of the more rewarding parts of what you do?
I really enjoy working with collaborators around the world to help establish technologies and practices that allow for broader open access to, and sharing of, geodetic data and knowledge. For example, I participate in the governance of the International Global Navigation Satellite System (GNSS) Service (IGS). The mission of the IGS is to share data from hundreds of GNSS stations and to generate products such as precise satellite orbits and satellite clock estimates that are essential for high-precision GNSS applications such as measuring deformation from earthquakes and volcanoes and for determining a global geodetic reference frame. Like ESIP, the IGS is a voluntary federation of participants from many countries — it has been wonderful to work with them over the years.

Where in the world has your work taken you?
In addition to Yellowstone, fieldwork, workshops and collaborations have taken me to a number of interesting places including Alaska, Utah, California, Washington, Mexico, New Zealand, the Philippines, the Caribbean and the Galapagos.

Do you still get to go into the field much?
Not so much any more. I have shifted my focus to cyberinfrastructure and looking at how to better share and understand data and how to communicate that knowledge with others.

I did recently get to do some laser scanning of erosional features on Mount St. Helens using ground-based scanners (TLS). We were testing the field methods and processing workflows in order to develop our support capabilities at UNAVCO. Happily the work involved flying around the volcano in a helicopter and making measurements and working with great people in the field!

What is an example of a cool field campaign that UNAVCO has supported?
Wow, that is pretty hard to narrow down. UNAVCO has supported principal investigators working nearly everywhere on the planet! Probably the fieldwork to install continuously operating GPS stations in Greenland and Antarctica and associated field campaigns provide some of the more interesting backdrops. For me, personally, it probably would be installing a GPS network on Sierra Negra volcano, Galapagos Islands, Ecuador. It was a totally cool project where we got to hike with lots of equipment on our backs and camp out for weeks in a beautiful and remote location.

What are some of the joys and challenges of supporting fieldwork in the geosciences?
As with many at UNAVCO, I really enjoy the vicarious contributions I make to the science we support. A lot of us at UNAVCO are trained scientists who enjoy the role of developing technologies and best practices for fieldwork or cyberinfrastructure. It helps that we understand the science goals, but we are happier when the PIs write the papers!

As I am sure many who do instrumental observations will tell you, the biggest challenges typically are in the areas of permitting, power, communications, logistics and sensor technology. Without the permission to make a measurement or install instrumentation at a given location, the science is dead in the water. You also need to be inventive to get 24/7 power in remote locations (and during long polar dark periods) and to provide reliable communications. Getting equipment in and out of countries is a challenge as is moving around once you get in country or on the ice. Finally you have to deal with technical issues of sensors, whether they are borehole instruments or GPS systems. That said, dealing with these types of challenges is what UNAVCO is good at.

What are the emerging technologies that UNAVCO supports?
We started out supporting GPS-only technologies but are moving to GNSS as new constellations of satellites launched by Russia, China, the European Union and Japan become operational. Emerging alongside these new “observables” are improved capabilities that increase the precision and quality of high-rate positioning observations. While not as precise as more traditional daily averaged solutions, these high-rate and increasingly real-time measurements can contribute to natural hazards applications such as rapid earthquake and tsunami warnings. In terms of sensors, UNAVCO has moved into supporting terrestrial laser scanning (TLS), space synthetic aperture radar (SAR) and borehole instrumentation. Just on the horizon are applications of ground-based radar for measuring landslides, glaciers and other things that move.

Why do you participate in ESIP?
UNAVCO has participated in ESIP casually over the years to stay in touch with information technologies that have come largely out of NASA and NOAA. As ESIP has evolved, it has become more relevant to UNAVCO as there is an increasing need to better and more broadly coordinate everything from formats and standards to web services and “big data” systems. We were happy to be approved for membership this year and look forward to participating more actively in ESIP.