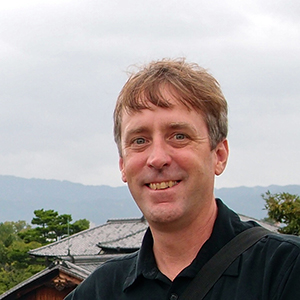 Mark Parsons is the first Secretary General of the Research Data Alliance (RDA) and an Associate Director of the Rensselaer Institute for Data Exploration and Applications. Before being appointed Secretary General, Mark was the Managing Director of RDA/United States and the Rensselaer Center for the Digital Society. He focusses on stewarding research data and making them more accessible and useful across different ways of knowing. He has been leading major data stewardship efforts for more than 20 years, and received the American Geophysical Union Charles S. Falkenberg Award as an advocate of robust data stewardship as a vital component of Earth system science and as an important profession in its own right.

Prior to joining Rensselaer, Mark was a Senior Associate Scientist and the Lead Project Manager at the National Snow and Ice Data Center (NSIDC). While at NSIDC, he defined and implemented their overall data management process and led the data management effort for the ICSU/WMO International Polar Year 2007-2008. He is currently active in several international committees while helping lead the Research Data Alliance in its goal of accelerating innovation through data exchange. As a geographer, his research interests include the role of social interaction in the success, development, and extension of data sharing networks.